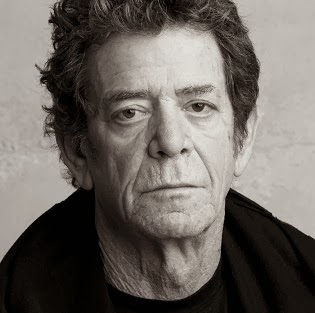 The music world would be a very different place today without Lou Reed. He wasn't the only one who made rock music "grow up" and liberate it from an endless succession of songs about school, girls and teenage fun. The Beatles, Bob Dylan and Brian Wilson all played important roles in that but none of them went to the dark side quite like Reed did.

In the Velvet Underground alongside John Cale, Sterling Morrison, and Moe Tucker with Andy Warhol and Nico helping out, he told tales of junkies, sexual deviants and God knows what through scary feedback-laden music contrasting that with some of the most delicate and beautiful love songs anyone ever wrote like "Here She Comes Now" and "Sunday Morning". On the later Velvets albums, The Velvet Underground and Loaded, Warhol and Cale were gone and the mood lightened a bit. However each record still contained a number of great songs including two masterpieces "Pale Blue Eyes" and "Sweet Jane".

His solo work tended to be more divisive. I actually bought his first few solo albums at the time they came out. I wasn't all that impressed with the first two (though I'm now a lot older and wiser about Transformer) but Berlin floored me from the first listen. He took a sad little tale about expatriate junkies in Berlin and transformed it into grand romantic tragedy.  Some subsequent material wasn't all that good (See Sally Can't Dance) but just when you'd write him off, you'd hear a tune like "Coney Island Baby" and say "Hey, maybe Lou's still got something."

I didn't pay rapt attention to him in the 80's and 90's but I did have a few favorite songs like "Legendary Hearts", "Street Hassle", "Dirty Boulevard" and a kickass version of "September Song" he did on a Kurt Weill tribute CD. As time went on I began to appreciate his dogged, take-no-prisoners impulse to experiment. In his younger days he collaborated with the likes of Warhol and David Bowie. Later years found him working with artists from other realms like Ornette Coleman, Don Cherry, Jimmy Scott, Anthony Hegarty, John Zorn and his wife, Laurie Anderson. Not only was he a great writer and performer he was a musical experimenter going back to the white noise days of "European Son" and "Sister Ray".  In recent years he was doing improv concerts with Zorn and Anderson and playing as a featured soloist with an ensemble that performed his infamous "Metal Machine Music" live.

I particularly like some of the later recordings that haven't been mentioned much in the tributes I've read so far: The Raven, his ambitious song cycle on the works of Edgar Allan Poe, the sludgy but passionate Ecstasy, mostly a group of contented love songs with the pointed exception of "Like A Possum",  an 18-minute epic of sex, drugs, rage and warped sound loops. Then there was his last, Lulu, his obscene, blood-soaked summit meeting with Metallica. To me this work was quintessential Lou Reed, foul-mouthed curses and threats alternating with pleas for love set to a torrential musical thunderstorm that ends in soothing strings on the closing "Junior Dad".

Without Reed's immense body of work there would be no examples of "the other" for glam rock to aspire to, nothing to inspire the more intellectual of the original New Wave gang like Talking Heads and Television not to mention everyone that came after them. I've heard a supposed quote by Michael Stipe that only 10,000 people bought The Velvet Underground and Nico when it came out but every one of them started a band. I read a column on Grantland today where supposedly Brian Eno  gave the quote but said 30,000 people. It could have been David Bowie talking about 50,000 people and they would all be right. The point is that Lou Reed's influence was enormous and his music is iconic. The man was proof that rock music can produce artists. No one else was as good at taking us to Hell but still showing us the light. R.I.P. Lou.

Posted by Jerome Wilson at 4:55 PM