Belated Thoughts on "The Social Network" 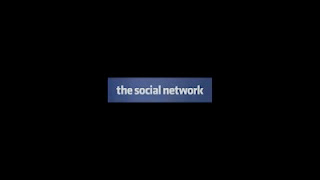 It took me less than a year, which is good for me, but I finally caught up with The Social Network over the weekend.  I thought it was a fine movie, engrossing and very well acted, deserving of all the praise it received.  Then I ran across a comment on a blog the other day which I had heard before but I can only now relate to, that it was a travesty that Network lost out at the Oscars to The King's Speech because it was a type of film that had never been done before.

I haven't seen King Speech yet so I can't comment on how it compares to Social Network (though as far as last year's big movies go, I liked the delirious rush of Black Swan best of all)  but anybody who thinks that the Facebook movie was new and innovative hasn't seen many films that are more than ten years old.

Aaron Sorkin's dialogue is sharp and clever but it goes right back to the fast-paced talk of the crime films and screwball comedies of the Thirties. It's like Ben Hecht and Charles MacArthur crossed with the clipped, ping-ponging pace of Jack Webb's Dragnet.  As for the plot, take away the high-tech jargon and illusion of youth and you have a story as old as the dawn of time. A guy just muddling along at his chosen profession, works his way up to becoming rich and famous but changes for the worst and ignores all his friends and loved ones.  I saw almost the same story on TCM a couple of days ago in a 1932 film called Crooner about a struggling musician who becomes a Rudy Vallee-like singing sensation. In that movie, as in most of the older cases, the star falls on hard times and, humbled, reunites with his girlfriend at the end. That doesn't happen in Network, Mark Zuckerberg ends the film still a billionaire and alienated from his one-time friends, but the story arc up to the end is basically the same.

Cooler heads have compared the movie to Citizen Kane and I see those connections although Welles' masterpiece invariably wins any comparison. Network even ends on a "Rosebud" moment.  Throughout the film it's pretty well established that wealth and power mean nothing to Zuckerberg.  He really just wants to impress Erica, the girl who dumps him in the opening scene of the film for being a clueless, asocial geek.  At the end he pulls up her Facebook page, sends her a friend request, and waits in vain for her to accept it.  It's a powerful moment, one as touching in its way as Kane's burning sled, but not some great innovation. There are only a finite number of dramatic plots in the world. Social Network for all its virtues does not create a new one.

Posted by Jerome Wilson at 8:59 AM

comingup4.blogspot.com check over here The repayment of the funds is fairly convenient as it is possible to return the fund in installments

I was very happy to find this site. I wanted to thank you for your time for this wonderful read!! I definitely savored every little bit of it and i also have you saved as a favorite to check out new information in your blog.

I was pretty pleased to discover this site. I need to to thank you for your time due to this fantastic read!! I definitely loved every little bit of it and i also have you saved as a favorite to look at new things in your blog.

I'm more than happy to discover this website. I wanted to thank you for your time for this particularly wonderful read!! I definitely appreciated every bit of it and i also have you saved to fav to see new things on your site.

I'm excited to find this site. I want to to thank you for your time for this fantastic read!! I definitely savored every bit of it and I have you bookmarked to see new things on your site.

Hello! I just wish to give you a huge thumbs up for your great information you have right here on this post. I'll be coming back to your site for more soon.