Okay, so it was just a couple of days ago that I was bemoaning my lack of posting but here I am doing a long-ass one.  I ran across the Summer Quiz on the blog Sergio Leone and the Infield Fly Rule which is actually a survey of your moviegoing likes and dislikes, not a right and wrong answer quiz.  I wasn't going to do anything with it at first, feeling too spotty in my movie knowledge to give an opinion on most of the questions.  Then I read what some other bloggers had written and I saw that others had no problem skipping questions they had no answers for,  so I decided to stop worrying about the fact that I couldn't tell one Eugene Pallette performance from another and try the thing out.  Here are my answers:

1) Depending on your mood, your favorite or least-loved movie cliché


The policeman or soldier who talks fondly about getting out/retiring in a few days and then is killed by the main villain five minutes later.

2) Regardless of whether or not you eventually caught up with it, which film classic have you lied about seeing in the past?

Jaws, and I still haven't seen it.

I saw and enjoyedThe Man Who Could Work Miracles recently so I'll say Roland Young.

His cartoons don't seem to be getting much love from people, so I'll say Swooner Crooner, his "Crosby vs. Sinatra in the barnyard" throwdown. The Girl Can't Help It would be Number One.

Since I haven't seen it in a long time, a provisional "yes".

The old standby - Norman Bates and his mother

I haven't seen either one in anything but I guess Laurent because she was in Inglorious Bastards  and Quentin Tarantino has a knack for hiring good actors. 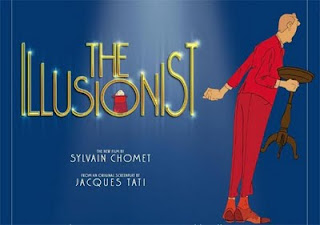 More like socially awkward dweeb.  I'll cut the man a lot of slack for blowing my mind with Breaking The Waves and Dogville.

If you mean a writer about movies, Video Watchdog's Tim Lucas. If you're talking about screenwriters, I can't think of one.


13) Movie most recently viewed theatrically, and on DVD, Blu-ray or streaming
Theatrically: Everything Must Go.   On DVD:  Wild Grass 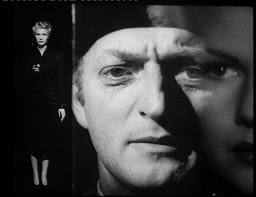 Everett Sloane's Arthur Bannister in The Lady From Shanghai


15) Best thing about streaming movies?
They are right there with no freezing or skipping.

France Nuyen just because she was married to Robert Culp.

Ace In The Hole 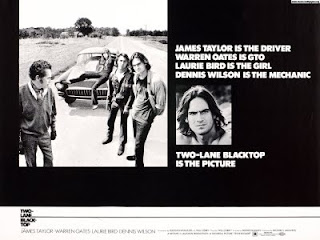 Windsor for being in The Killing and Roger Corman's Swamp Women

20) Existing Stephen King movie adaptation that could use an remake/reboot/overhaul
Aren't they all getting remade eventually?
21) Low-profile director who deserves more attention from critics and/or audiences
Can't think of one.


22) What actor that you previously enjoyed has become distracting or a self-parody? (Adam Ross)
Samuel L. Jackson (easy choice, huh?)
23) Best place in the world to see a movie

For The Asphalt Jungle and Dr. Strangelove, Hayden 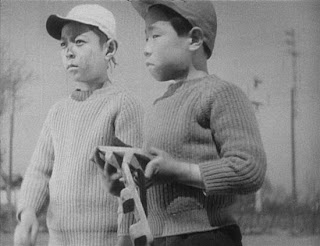 I Was Born, But..., the silent film about two boys who grow disappointed in their father for kowtowing to his boss.

Terry O'Quinn in The Stepfather

Can't think of one


29) Favorite relatively unknown supporting player, from either or both the classic and the modern era 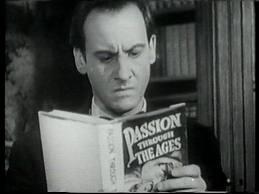 30) Real-life movie location you most recently visited or saw

The Capitol.  I live in the Washington DC area so I'm surrounded by movie locations.

Ride Lonesome, second only to The Tall T 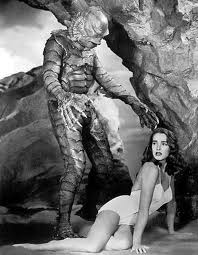 Julie Adams and her white bathing suit in Creature From The Black Lagoon? We have a winner.

34) What's the biggest "gimmick" that's drawn you out to see a movie? (Sal Gomez)

Can't think of one.

35) Favorite actress of the silent era 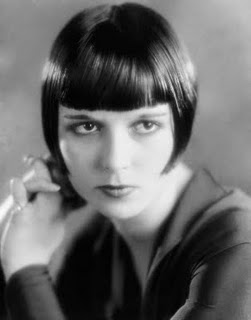 Louise Brooks even if it is really just because of a couple of films.

Have to pass here.

I've avoided as many of these mistakes as possible but the worst I've seen has been The Texas Chainsaw Massacre.
38) What could multiplex owners do right now to improve the theatrical viewing experience for moviegoers? What could moviegoers do?  Multiplex owners could ban cellphones, pagers and talking during the movie but good luck getting that to happen.
Posted by Jerome Wilson at 3:41 PM

Nice list, Jerome -- we overlapped on a lot of these answers, so you're clearly an individual with impeccable good taste.

"France Nuyen just because she was married to Robert Culp."

... you've given this Culp and Nuyen fan something to cheer about with that answer ;-). Good point about Ryan Reynolds and Hal Jordan. WINCHESTER '73 is turning out to be a very popular answer for question 33. Enjoyable read. Thanks.