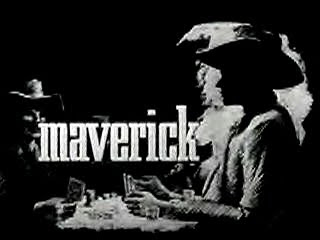 I recently discovered while browsing through Netflix's instant play section that they offer a lot of "B" westerns that haven't been released on DVD yet. In looking deeper through the site the other day, I saw they also had seasons of old TV westerns like Gunsmoke and Have Gun Will Travel beyond what was currently on DVD. Then I noticed a certain word I wasn't expecting to see..."Maverick". 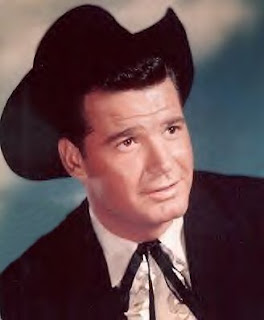 That's right. Netflix is offering online viewing of one of the most legendary TV westerns of all time. Not every episode but they seem to have most of the shows from all five seasons.  This led to me spending Sunday afternoon watching three Maverick episodes that all starred James Garner: "The Sheriff Of Duck'n'Shoot", "Escape To Tampico" and "The Saga Of Waco Williams".
A few years ago the TV Land network, when it still specialized in old TV shows, ran an entire weekend of old Maverick episodes. That is when I realized that the show's reputation is slightly inflated. It was a wonderful satire of old west conventions, but only in some episodes, usually the ones where James Garner starred as Bret Maverick. Other programs, which usually seemed to be the ones that featured Jack Kelly as Bart Maverick, were conventional western dramas and dull ones at that.
The three shows I watched Sunday were from both the comedy and drama sides and also had echoes of television or movies from before and after the show's run. "Duck'n'Shoot" was a broad slapstick comedy where Bret is tricked into becoming the sheriff of a lawless town, an odd pre-echo of Garner's later hit film, Support Your Local Sheriff. It also featured the laughing brass soundtrack the show sometimes used to underline funny scenes, a bit I really found annoying this time around.

"Escape From Tampico" was a mostly serious show but a pretty good one where Bret was hired to find an accused killer in Mexico and bring him back to the United States. The notable thing here is that most of the story took place in a Mexican cantina which was the same Warner Brothers set that had served as Rick's American Cafe in the movie Casablanca. Even odder actor Gerald Mohr played the owner of the cantina in a manner a lot like Humphrey Bogart. (SPOILER) He didn't end up like Bogart though. Mohr's character turned out to be guilty of murder even though all the dialogue and plot before the ending suggested that he was being framed. That may have something to do with the fact the man who seemed to be the real bad guy in the early scenes was played by Paul Picerni who would have been getting a steady job at about that time as one of Eliot Ness' men on The Untouchables. Did that have anything to do with his character disappearing from this episode leading to what seemed like a hasty rewrite?

"Waco Williams" was a show with more subtle humor where Bret was travelling for his own undisclosed reasons with a heroic cowboy named Waco Williams, the kind of guy who would stubbornly walk into a fight when Bret would just as soon sneak out the back door. By the end of the episode Waco ends up the most popular man in town and engaged to a cattleman's daughter (played by a young Louise Fletcher) while Bret slinks away broke and forgotten. The plot was so good it ended up reprised by Stephen J. Cannell in Garner's later Rockford Files where down and out Jim Rockford is contrasted to brave and perfect P.I. Lance White played by Tom Selleck.

As I said not every episode is on here. I was particularly bummed to see that "The Rivals", an adaptation of the 18th century comedy of that name, is not available. Still there is plenty here to enjoy until Warner Home Video finally gets its act together and puts the entire series out on DVD.
.
Posted by Jerome Wilson at 5:01 PM

I thought that a number of Kelly episodes were pretty strong, particularly in the 5th and final season....probably because Garner was getting the better scripts when both were available. But "Poker Face", "Three Queens Full" and "Hadley's Hunters", to name three, were only a notch below the first three seasons and still pretty good.

The best episodes IMO featured Bret and Bart together. "Maverick and Juliet", "Shady Deal at Sunny Acres" and "The Maverick Line" just to name three. Watching the series on Netflix only made me more convinced the show deserves its reputation.

You can also catch all 17 episodes of James Garner's 1981 revival, BRET MAVERICK, on Netflix instant.