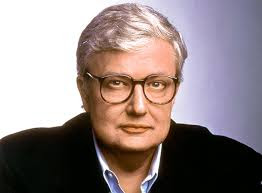 I started reading film criticism in the 1960's with Andrew Sarris and Pauline Kael as my main guides so I can't list Roger Ebert as any kind of influence on my knowledge of movies. However in reading all the tributes that film lovers and writers have been putting on their blogs since his death, it's obvious how much he meant to many people whether they actually met him or just read his work. I had been reading his blog for the last couple of years and was really touched by the things he wrote.  Even though he'd been through hell fighting cancer he still sounded like a man who approached life with humor and enthusiasm, His reflections about life and his relationship with his wife were incredibly moving to me, particularity when he once wrote about her being sick and his fears about what would happen if she were gone. Honestly I can't recall reading many of his reviews although I was pleased to see he was one of the few who praised the film Higher Ground.

Mr. Ebert faced life and death with passion, grace and rare courage and it's very obvious from the outpourings of love on his behalf that he was much more than some guy who turned his thumb up or down on TV every week. A very good man has passed on.
Posted by Jerome Wilson at 4:19 PM