I said before that I don't rely on Turner Classics Movies a lot. I didn't say I never watched the channel.  That happens to be where I saw this. It was shown as part of their month-long Loretta Young showcase. It's an early 30's trifle with Douglas Fairbanks Jr. starring as a typically cocky young American who wanders around in South America until he meets and is smitten by Young, the daughter of a shady finance minister who is about to be married off to a much older English nobleman. You can guess what happens.  It seems to be a try at putting Fairbanks fils in the same kind of breezy comedy his father made in his early career but without the acrobatics the older Fairbanks was famous for. The most striking things about it now are Young's great beauty (She was 18 when this was made.) and the presence of Boris Karloff in a small part as a palace secretary in the same year when the Frankenstein monster would take him away from bit parts for good. 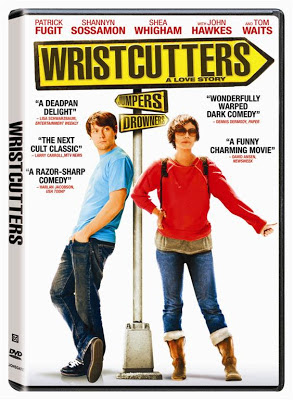 You see one quirky comedy about a guy who finds his true love while trying to get back with his old girlfriend and suddenly more show up.  This film has that plot point in common with Silver Linings Playbook but everything else is different.  To begin with it starts when the main character, despondent over breaking up with his girlfriend, commits suicide. Then he ends up in a dilapidated urban limbo populated only by suicides. He finds out that his girlfriend did herself in a few weeks after he did and goes searching for her. Along the way he meets a cute punker chick who keeps saying she's not a suicide and is there by mistake. You can figure out what happens from there.

It's nowhere as charming as Playbook but the film does have a nice consistency to its concept with everyone riding around in junky, rusted out cars and travelling over desolate settings like deserts and a beach full of used needles and condoms.  Cleverly the soundtrack is full of songs either associated with suicide in some way like "Gloomy Sunday", "Telstar" and "Love Will Tear Us Apart".  There's also the welcome presence of Tom Waits as a camp leader.


Battles Without Honor And Humanity: Deadly Fight In Hiroshima (1973)

This is the second film in a Japanese series by genre director Kinju Fukasaku about the bloody rivalries between Yakuza gangs in post-World War II Japan.  The films overall detail the rise of an ex-soldier played by Bunta Sugawara through the mob ranks but he's only a peripheral character in this story. The focus here is on another hood who bounces between two rival gangs until he falls in love with one boss' widowed niece which leads to all sorts of bloodshed breaking out.

Sugawara has a tough, Robert Ryan-like presence and it's a shame he's seen so little in this particular episode.  The actual lead, Kinya Kitaoji, is okay but nothing special. On the other hand martial arts star Shinichi "Sonny" Chiba is a hoot as a crazed, trigger-happy gang boss. 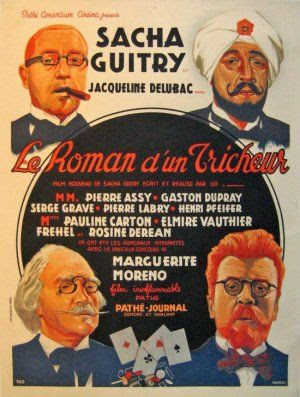 Thanks to Criterion's Eclipse series some of the films of French writer-actor-director Sacha Guitry are available for viewing and this one is really entertaining. It's the whimsical tale of a man who spends his life being tempted to do wrong in various ways and resisting before finally giving in and becoming a successful card cheat.  It's a lighthearted comedy pulled off with grand flourishes like being narration from the main character and the use of newsreel footage and camera tricks in ways that prefigure the Nouvelle Vague gang twenty years later.  Guitry also has the novel notion of introducting the cast at the beginning verbally as they stand around a soundstage, a bit that Orson Welles would do five years later in the trailer for Citizen Kane.
Posted by Jerome Wilson at 6:27 PM

Labels: Battles Without Honor And Humanity, I Like Your Nerve, Loretta Young, movies, Sacha Guitry, The Story Of A Cheat., Wristcutters: A Love Story