The Talent Close To Us 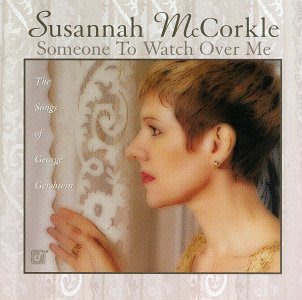 It's fun to read music magazines and listen to radio stations like WFMU that explore all the hidden nooks and crannies of the musical universe but sometimes I get frustrated that those sources never acknowledge the fact that there are and always have been a lot of talented musicians working in more mainstream genres who never get the recognition their talents deserve.
I thought about this morning while listening to a CD by Susannah McCorkle, a New York jazz/cabaret singer who was very talented and adept at mining songs for both their lyrical meaning and melodic beauty. The CD I listened to included an obscure Harold Arlen song called "I Don't Think I'll End It All Today" which is creepily ironic since Ms. McCorkle, who suffered from depression, committed suicide by jumping out her 16th floor apartment window seven years after recording that song.
Maybe she would have profited from the later jazz vocalist craze, maybe not but today only the diehard jazz vocal fans seem to remember her. It isn't only Turkish psychedelic musicians and Ethiopian pop stars who deserve rediscovery.
Posted by Jerome Wilson at 9:07 AM