She always had a somewhat exotic look and there are times in later films when her performances bordered on the bizarre but in her time Karen Black could be incredible. She was fortunate enough to come along in the era when American films briefly seemed to come to full artistic maturity and she excelled in some of the greatest works of the 70's. There was Nashville and Come Back To The Five And Dime, Jimmy Dean, Jimmy Dean for Robert Altman. There was Cisco Pike, Easy Rider and The Day Of The Locust. Some people will probably remember her best for the Dan Curtis TV-movie Trilogy Of Terror but for me the indelible memory of her is as Rayette Dipesto, Jack Nicholson's sad little country singer girlfriend in Five Easy Pieces.

Most of the other members of that BBS crew are still around somewhere. Peter Fonda still shows up in movies from time to time, Jack Nicholson is Jack Nicholson and Bruce Dern received the Best Actor Award at Cannes last spring. Black came down to smaller and smaller roles in tiny genre films before her cancer took control but at her best she exemplified the bruised, damaged feminine response to the macho lust for freedom that dominated those films. Karen Black was a great actress. 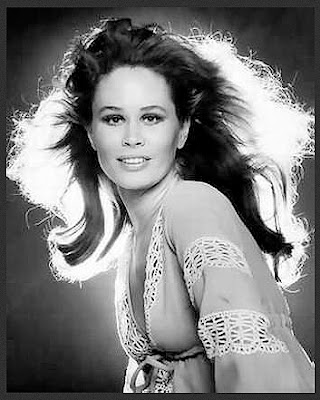 Posted by Jerome Wilson at 6:46 PM