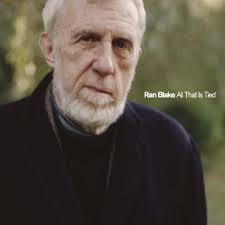 It's probably safe to say that there is no other pianist in the jazz world who sounds quite like Ran Blake.  His music is all about atmosphere, a combination of melancholy, uncertainty and shadows that bears only passing resemblance to conventional jazz piano.

Blake was born in Springfield, MA in 1935 and began his musical career in the late 1950's in New York City.  In 1959 he met educator and composer Gunther Schuller who became his mentor and introduced him to the concept of Third Stream Music, a hybrid genre that draws equally from the worlds of jazz and classical music. Schuller helped get Blake a position teaching at the New England Conservatory and he eventually became the Chair of the Third Stream Department, a position he still holds though the school's name has changed to the Contemporary Improvisation Department. Blake has taught and influenced many musicians, like Don Byron and Matthew Shipp, in that capacity.

In addition to all this he has enjoyed a long performing and recording career playing music that draws from inspirations like European folk music, gospel, classical and film noir as well as classic jazz sources.  His playing is measured and deliberate, single, icy notes alternating with dissonant chords and rich bursts of melody.  This creates a musical universe of woozy darkness that creeps along with the dread of an Edgar Allan Poe short story.  Here is he working his magic on "Over The Rainbow".

Blake has always worked in small configurations, mostly solo or duo with saxophonists or vocalists though of late he has been working with a guitarist, David "Knife" Fabris.  In the sax world, he has worked with melodic, big-toned players who contrasted well with his sparse frameworks such as Clifford Jordan, Houston Person, Ricky Ford, Steve Lacy and Anthony Braxton. The vocalists though have been his most memorable foils.  The sound of a haunting female voice singing against Blake's dissonant chords is mesmerizing.  Over the years he has worked with singers like Christine Correa, Dominique Eade, Sara Serpa and Chris Connor but his landmark statement came in 1962 when he recorded the album The Newest Sound Around with socialist Jeanne Lee.  Lee's husky, powerful voice was the perfect compliment to Blake and their work together still sounds like nothing else even after all these years.

This is a rare 1963 clip from French television of Lee and Blake performing "Something's Coming" from West Side Story.

And this is a more recent piano-voice pairing with the Portuguese-born Sara Serpa. The song is Blake's composition, "Vanguard".

Blake's repertoire over the years has come from everywhere, film themes, traditional gospel, folk songs and the Great American Songboook.  He has recorded full-length ttributes to George Gershwin, Duke Ellington and Horace Silver and select compositions of jazz legends like George Russell, Stan Kenton and Ornette Coleman. He's also recorded many of his own pieces over the years, none more haunting than "The Short Life Of Barbara Monk".  During his early days in New York Blake hung around Thelonious Monk quite a bit to the point where he actually baby sat for his two children, Barbara and T.S.  Barbara died of breast cancer in 1983 aand afterwards, Blake wrote a composition based on a dream he had of her ice skating  as a child.  That piece sounds like a theme from a lost film noir, sweet and childlike but filled with an uncertain dread.  This version is from an album on the Soul Note label named after the piece. It's the only record I've ever seen where Blake recorded with a full quartet. Ricky Ford is the hard-nosed tenor saxophonist.

Posted by Jerome Wilson at 6:27 AM